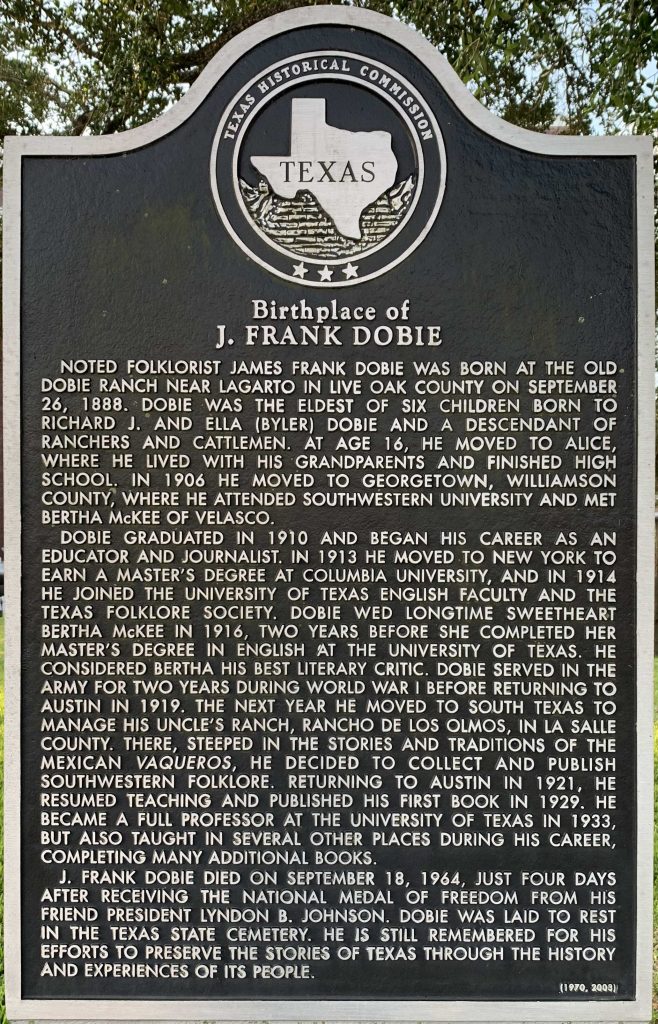 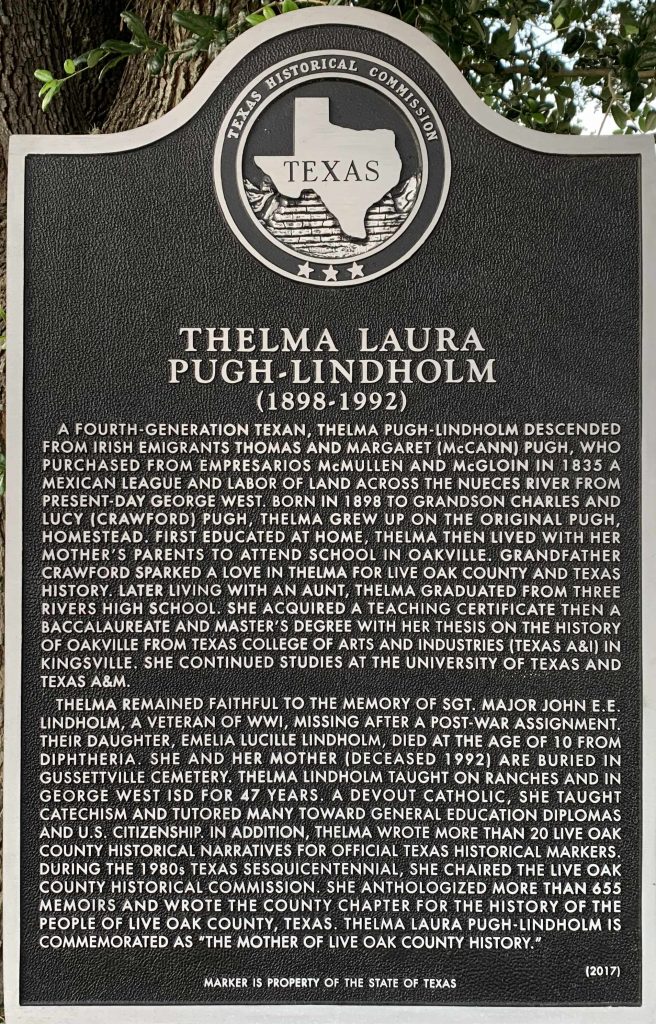 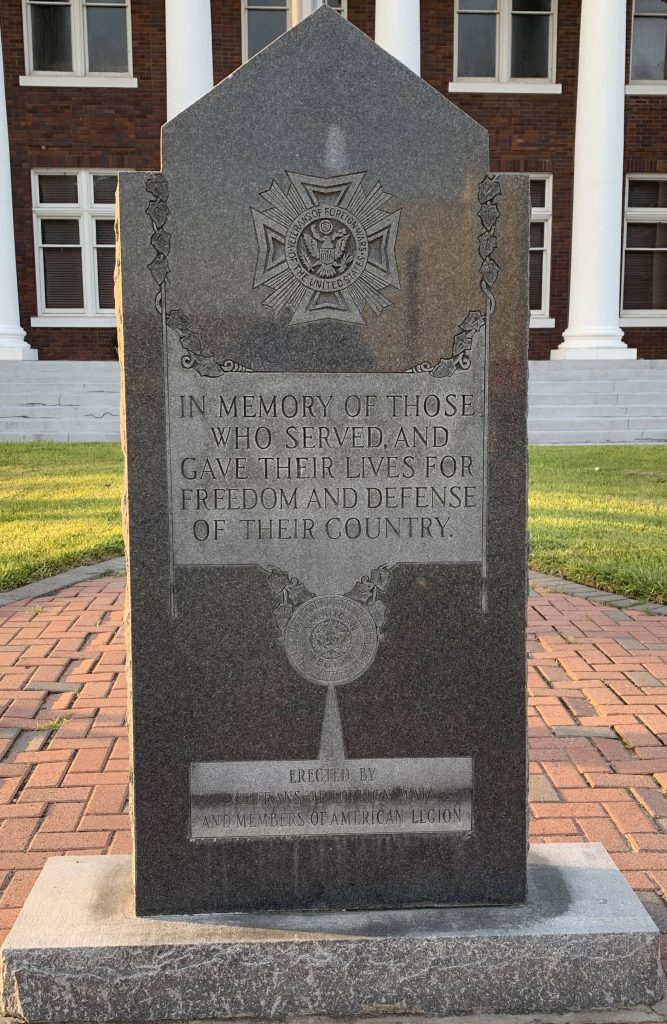 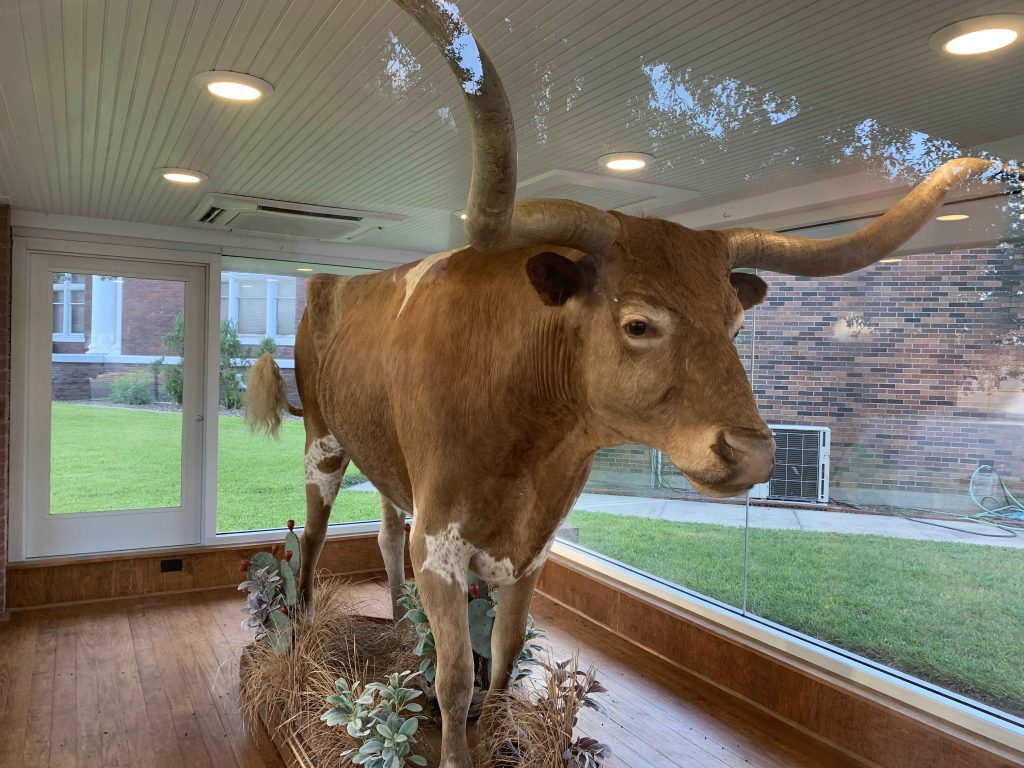 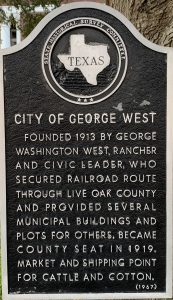 This was our one hundred-seventy-first Courthouse in Texas to visit. That means we are at 67.3% of our goal with 32.7% left to go.

There were several settlements in the Live Oak County area before the county was organized in 1856. These included On-the-Sulphur, for its location on Sulphur Creek, which became a stage stop on the line between Corpus Christi and San Antonio in 1846. (The settlement was also called Puenta de la Piedra (Rock Bridge) by the Spanish after a nearby natural rock bridge over the Nueces River.) The nearby settlements of Fox’s Nation (later Gussettville) and Echo were established in the 1850s. The U.S. Army set up Fort Merrill to protect residents from Indian attacks and after the fort was abandoned in 1855, the increased population justified the organization of a new county. That year, settlers in Gussettville petitioned the state legislature and in 1856, Live Oak County, named for the prominent trees in the area, was formed from San Patricio and Nueces counties. In the same year, land near the settlement on Sulphur Creek was donated for a townsite named Oakville and it became the county seat.

The county’s first courthouse was built in Oakville in 1857. It was a one-story, forty foot square, Greek Revival style building made of ashlar limestone blocks with three-bay façades and built by Joseph Bartlett, who also built the county’s first jail the same year. In 1879-80, a second story with a hipped roof and front porches were added, designed by John Tompson. A new jail of stone with two stories was built in 1885. A second courthouse was built in Oakville in 1888. The first courthouse was eventually bought by Walter Rosebrock who later demolished it sometime between 1938 and 1940. After decades of neglect, the 1885 jail was restored in 2007 (now known as the Jailhouse Inn) and sits in a park surrounded by other historic Oakville structures.

In 1912, land developer George Washington West donated his ranchland and $100,000 for a townsite and right of way to the railroad. The town he helped establish was named George West in his honor and the San Antonio, Uvalde and Gulf Railroad (known as the “Sausage Line,”) arrived by 1913. He donated $75,000 toward building a courthouse plus additional funds to build a hotel, a school, highways, bridges and public utilities in an effort to have the county seat moved to his new town. After an election in 1918, the county seat was moved to George West the following year. County offices were located in various buildings around town until the county’s third and current courthouse was completed in George West in 1919. It’s a Classical Revival style building of brick and concrete with Corinthian columns which are supported upon a podium several feet above the ground and extended through the two main floor levels. This courthouse was the last one designed by noted Texas courthouse architect Alfred Giles before his death in 1920 and it has many similarities to the courthouse he designed for Brooks County in 1914. A modern one-story annex, designed by Fort Worth architect Wyatt C. Hedrick, was built to the west of the courthouse in 1956. The 1919 courthouse had a jail on the third floor with a gallows that was never used. The jail was moved to a new building constructed in 1962 and attached to the southeast corner of the courthouse. A remodeling of the courthouse took place in 1986 and again between 1988 and 1992.